Week 1: Excited by the waves 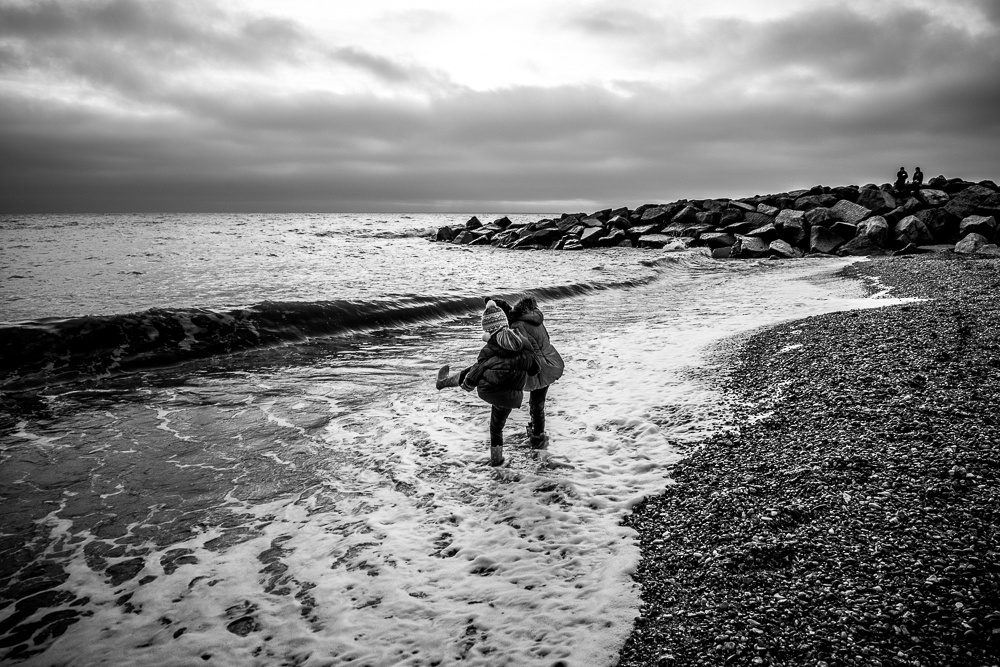 What better way to start the New Year than in the sea?!

I love nothing better than to chase excited kids (or indeed fun-loving adults!) around outdoors, hoping to catch the perfect moment on camera as they respond to nature and each other.  In this case, the kids were my daughter and niece, and their love of the sea and the presence of ever-growing waves, gave me the perfect opportunity. 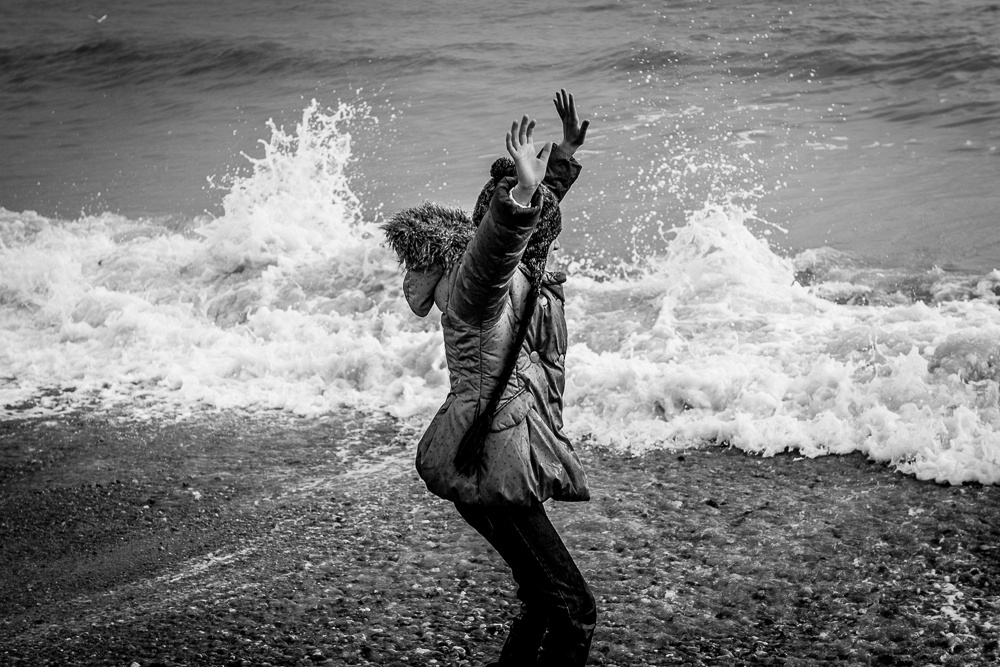 I chose the four photos that I felt best captured the complete exhilaration of the two girls as they became ever bolder, eventually leading to a complete soaking!

As is usually the case, my photographer instinct kicked in and I became so intent on composing what I hoped would be great compositions of sea, shore and children, that I barely noticed as the water rose over my boots too.  Good thing these pro lenses are robust! 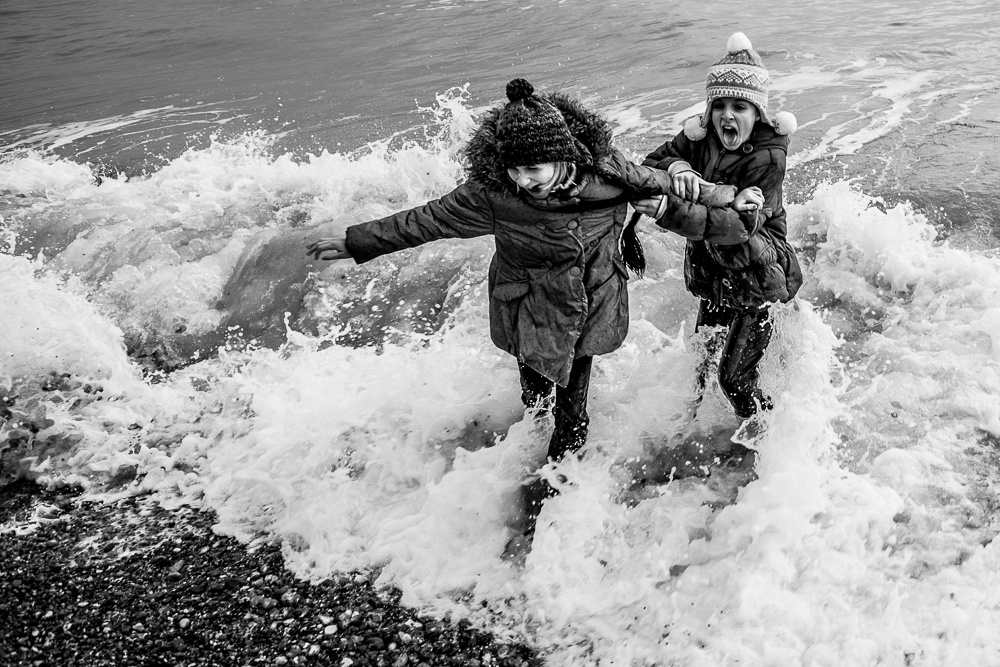 I converted to black and white to remove the distraction of colour which wasn't important to these photos, and to emphasize the shapes created by nature and the children themselves.

Every so often, the light would break through the stormy clouds, highlighting the surf and the rocks.  The photos I selected were those when the elements of light, composition and chance expressions by the girls seemed to come together. 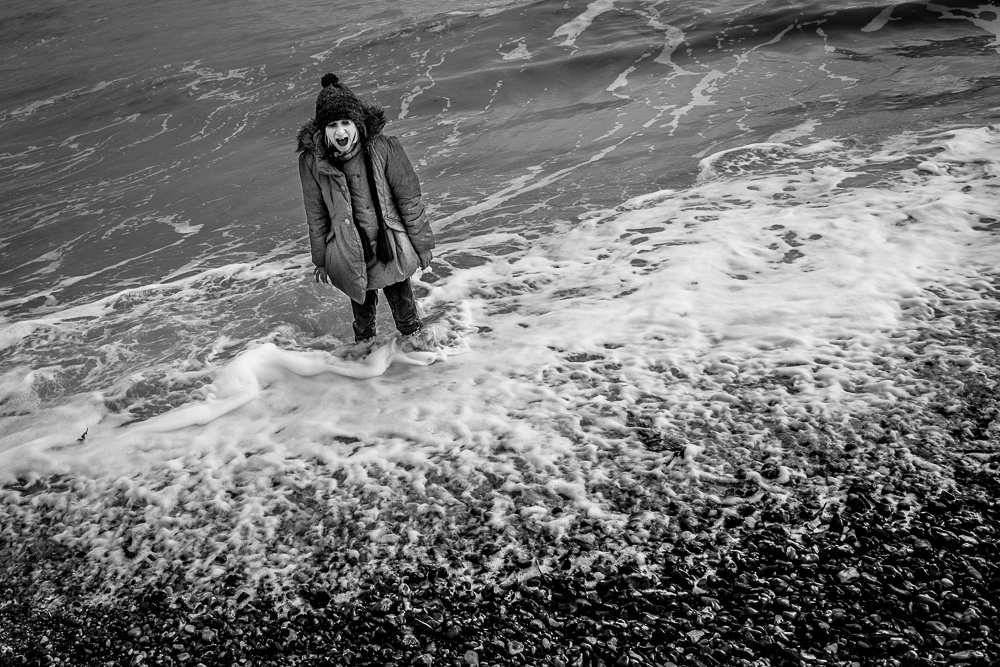 And yes, I did have to go home and pick up a change of clothes for the girls - but oh, so worth it!

A fantastic start to the New Year all round!