Bonjour et bienvenue!  Don't worry, the rest will be in English, although I have to admit to being a bit of a Francophile.  Probably something to do with our annual family camping trip as kids to the land of garlic, frogs' legs and berets.  We're now continuing tradition with our own children, hopping on the Eurostar last February to show them the sights of Paris, and enjoying it so much that we've booked a campsite near Perpignan for the summer.  Vive La France!

There were cliches aplenty at the French Market (sorry, can't find the accent keys on my laptop!), which set up last Saturday in Shoreham's pedestrianised East Street.  Garlic... crepes... berets.... (although strangely no frogs' legs in evidence).  Even the weather was reminiscent of lazy days spent reading and eating baguette on a Provencal campsite. 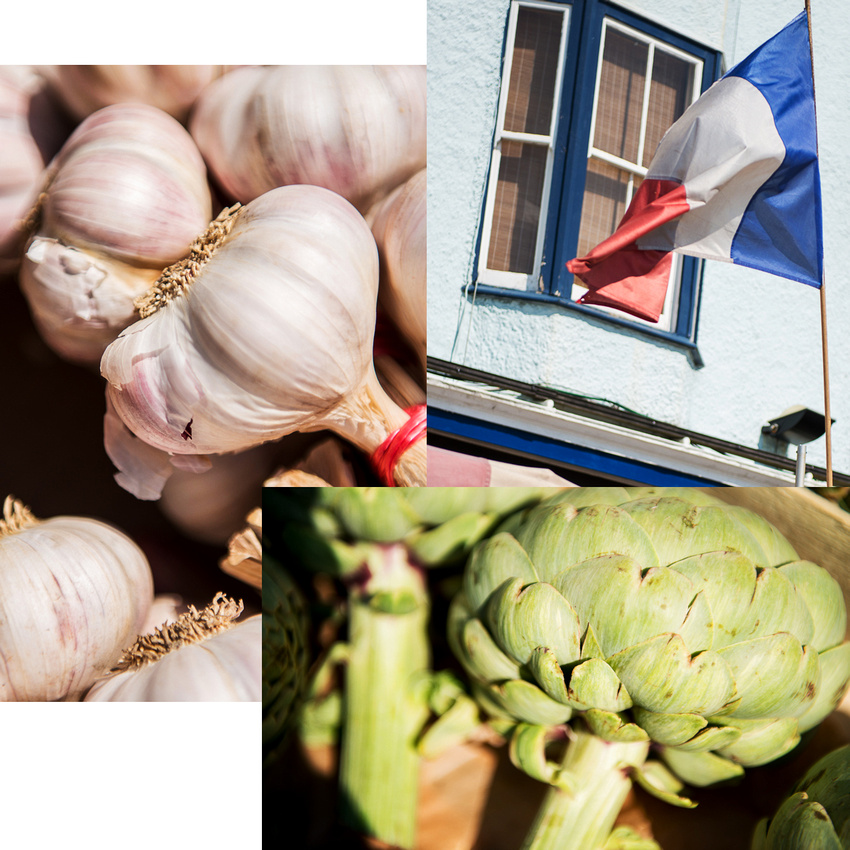 I arrived at 9.15 as the market traders were still setting up shop. Early doors is by far the best time to photograph, so I don't have to jostle the crowds with my camera or get in the way of busy sellers.   It also helps that I speak the language - admittedly rusty (I graduated, ahem, some twenty years ago) - but enough at least to politely ask for a photo and comment on the great weather.  The French, perhaps more than any other European nation, truly appreciate your efforts to converse with them in their own language and generally respond accordingly, I find. 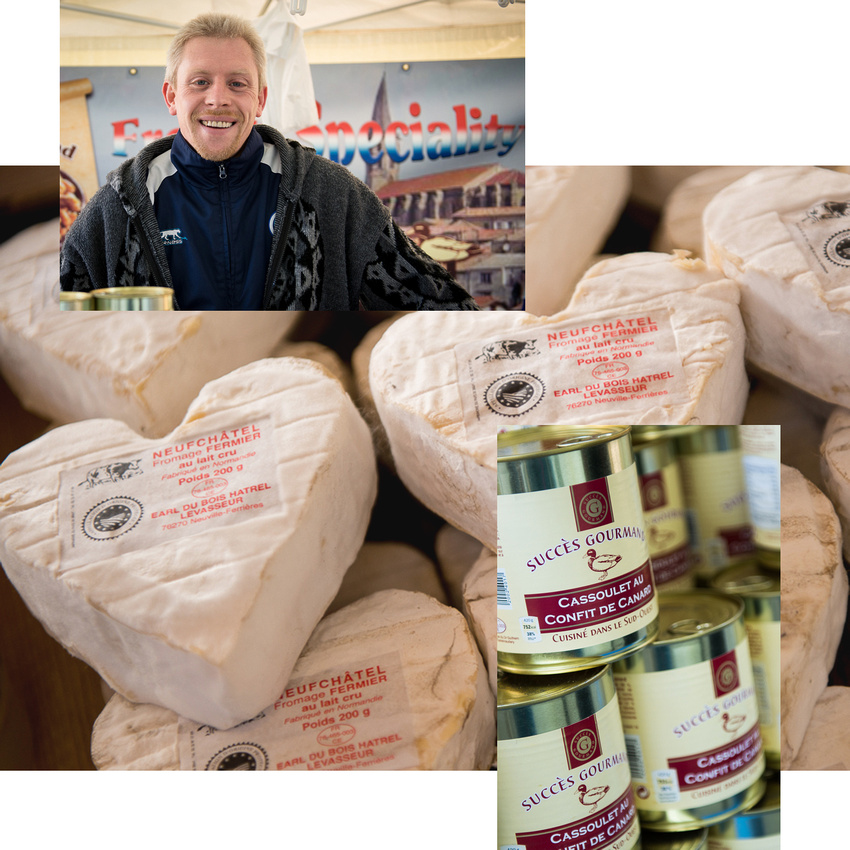 At Shoreham's Artisan market that I photographed for this blog in weeks 12 and 13, the weather was dismal and the market relocated inside the local community centre.  On that occasion, I honed in on the stallholders and their wares, eliminating the background as much as possible.  But on this glorious Saturday, I made a conscious effort to capture some of the atmosphere of East Street, which looks as good as any cafe-lined street in France when the sun is shining.  When we first moved to Shoreham, East Street was a traffic thoroughfare;  it was pedestrianised shortly before our move overseas, and now that we're back, I find myself enjoying a walk to the shops and wishing I had time to enjoy the cafes and restaurants more often. 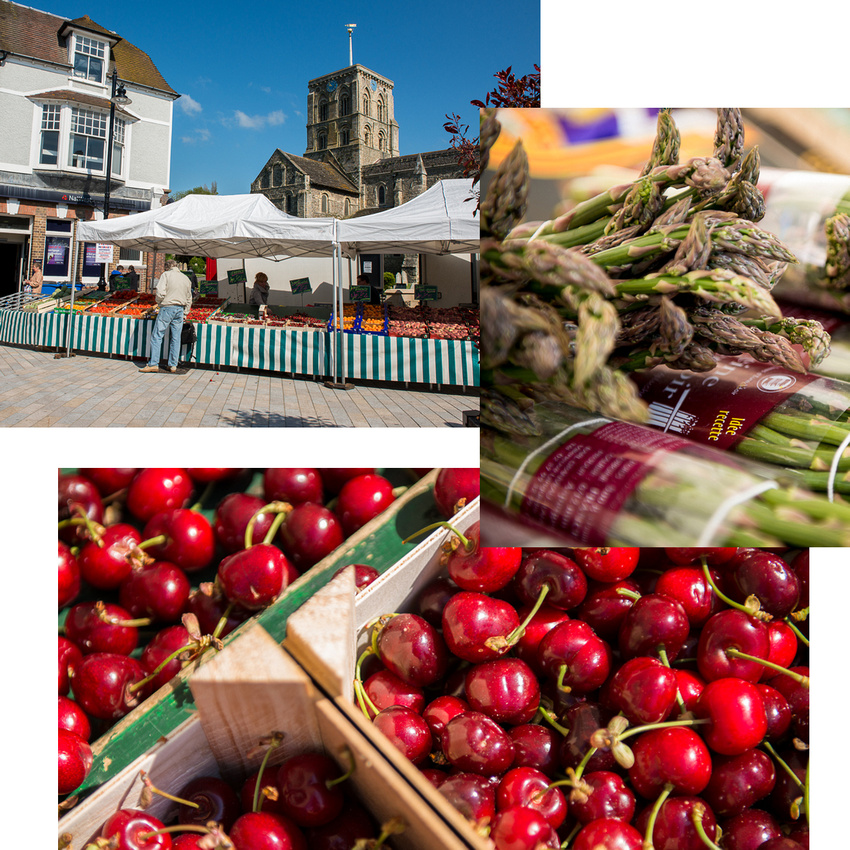 The image below shows the deep blue sky reflected in the black, shiny tables of Italian restaurant, La Galleria.  I thought it made a great backdrop for the golden-hued olives.  French-Italian unity at its best? Whatever your thoughts on the EU, I can assure you, the dynamics are far more interesting to follow than those across the pond, where media coverage favours politicians who can hold the most babies and display the whitest teeth.  Much as I loved America, I certainly don't miss its politics.  And, recent controversy aside, I'm glad to be able to watch BBC coverage of world news and not the world according to Florida.  On the plus side, Florida this week decided to ban texting while driving - but apparently, you'll only get done if pulled over for something else, like speeding.  Aaargh!  There, rant over! 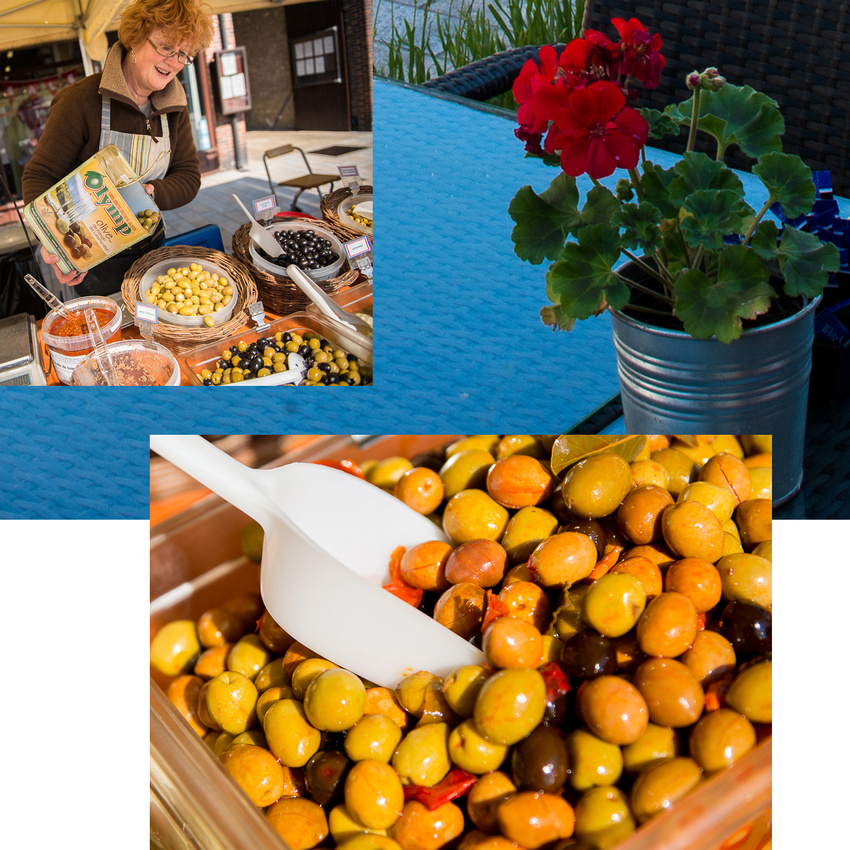 I was quite glad my daughter wasn't with me on this occasion, I don't think the idea of eating rabbits and kangaroos would've gone down at all well.  I couldn't resist a bit of garlic sausisson though.  And when my husband and son joined me later, we enjoyed lemon and sugar crepes in the sunshine.  Oh, did I mention how good the weather was?  Jealous of my ex-pat friends posting pics from Florida beaches on facebook?  Moi?  Actually, it's OK, the rain may be hammering the windows as I write this Thursday morning, but nothing can dampen my joie de vivre today..... 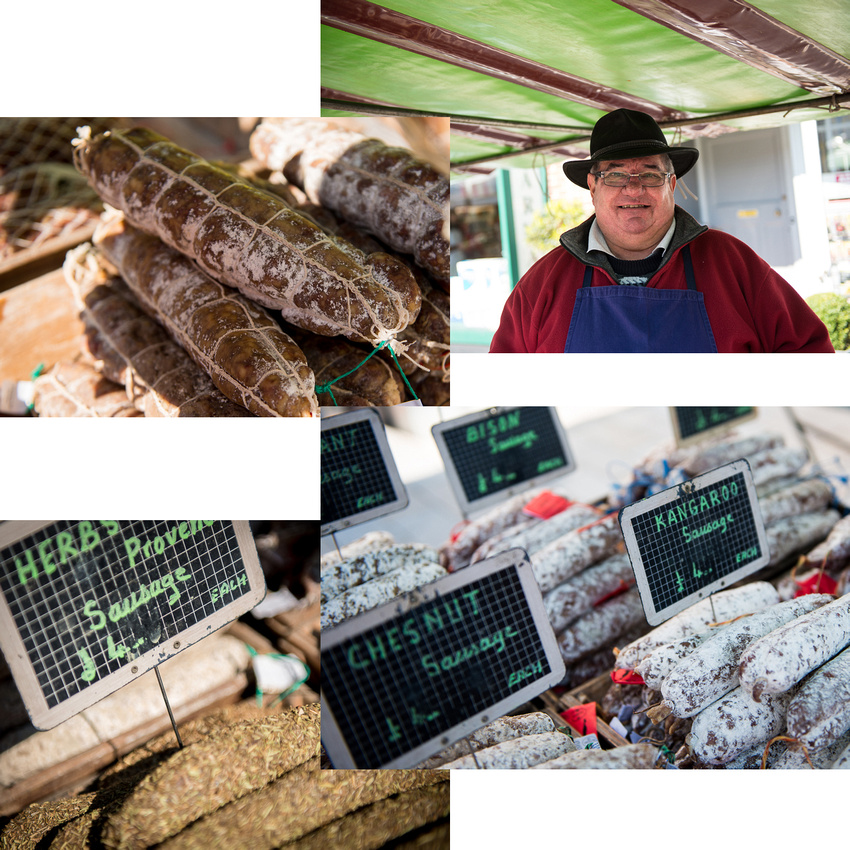 Twenty-four hours ago I feared that five years of photography had been wiped by a malicious virus that had somehow cruelly permeated four separate external hard drives.   My PC, with whom I have had a love-hate relationship for at least four years, congratulated me on my new purchase on start-up, asked me to configure something or other, then proceeded to tell me that my Adobe Lightroom catalogue was empty (photographers, share my pain!) , and why was I looking for files that didn't exist?  I panicked. 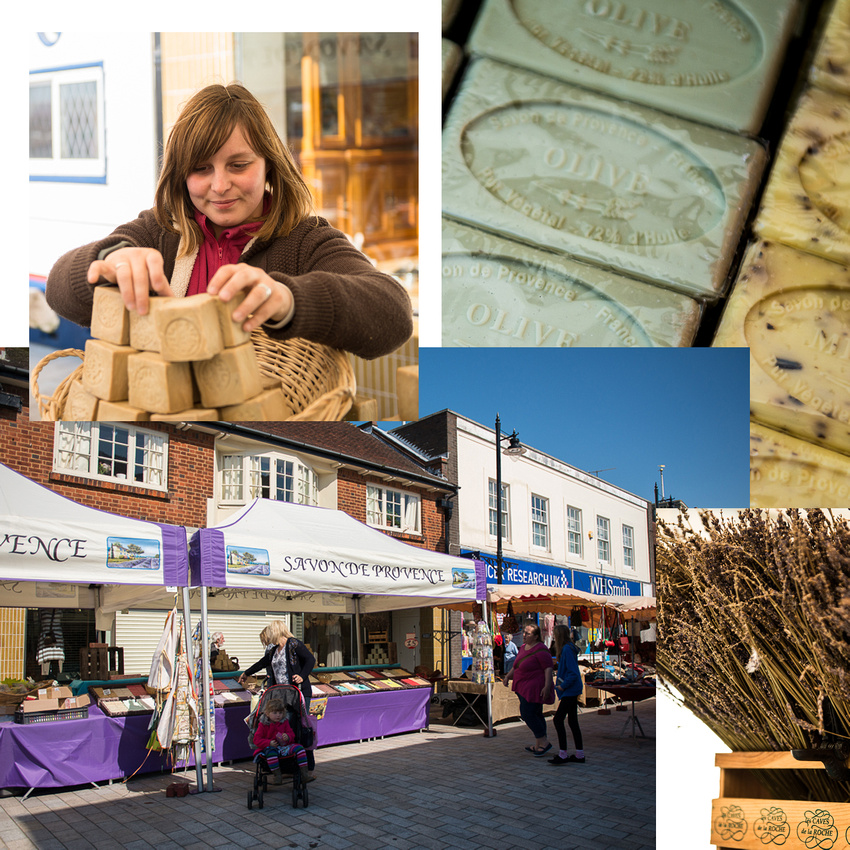 Then panicked some more as, failing to find treasured and urgently needed photos on my most recent hard drive, I plugged in my back-up hard drive with the full and secure knowledge that two external hard drives can't fail at the same time.  Can they?  Apparently yes, they could.  Feeling sick and with worst case scenarios echoing around my head, I dumped four hard drives and and a US adapter on the desk of Adur Computer Centre, then spent a sleepless night trying, unsuccessfully, to heed his reassuring wisdom about the extremely low likelihood of a virus wiping clean four hard drives.  In my panicked state, I translated the words, "very unlikely" to "not impossible", and decided that I was being punished for not yet backing up to the cloud, whatever that is. 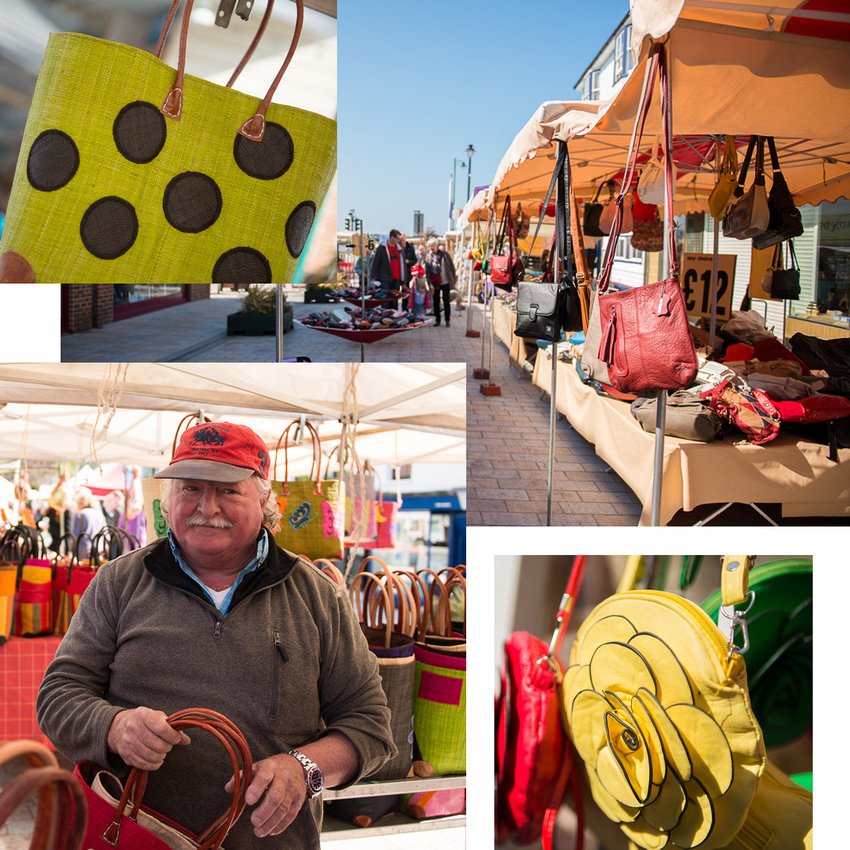 So at around 10.30 yesterday morning, when my new favourite person, Dave, from Adur Computer Centre, called to say that I hadn't, indeed, lost every photograph I've ever taken for the last five years, I reverted to my usual 'glass-half-full' personality and started to enjoy my half-term with the kids.  I don't want to bore you, but in case you're a techie, apparently my main hard drive is on the way out, and the software reading the hard drives was somehow corrupt.  Time for an upgrade.  And will definitely look into this cloud business. 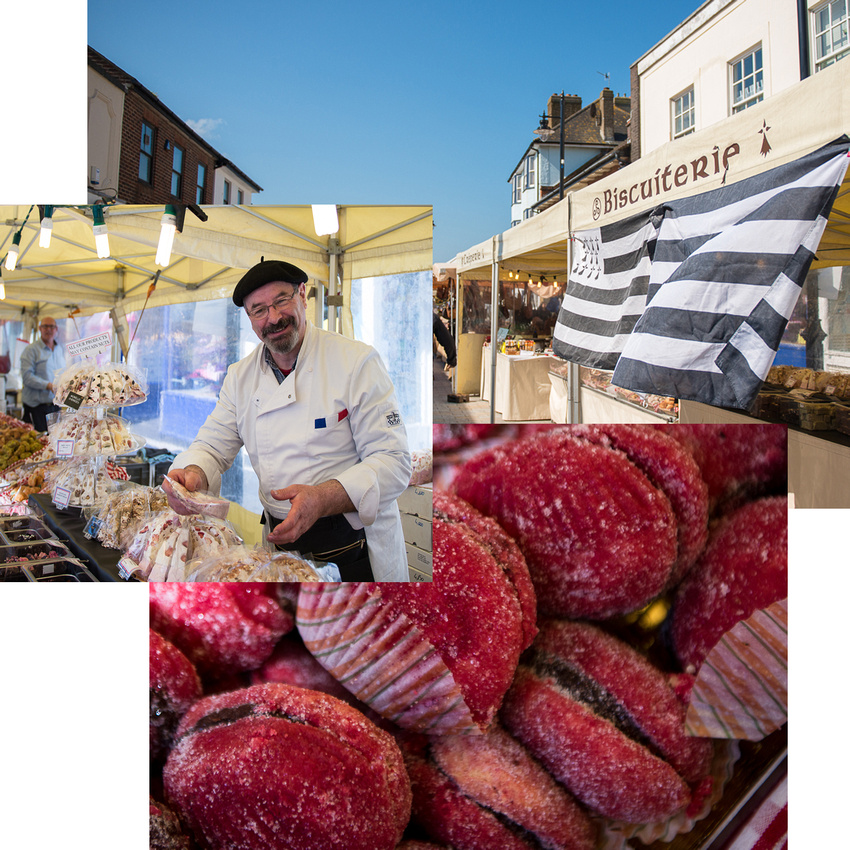 With the events of the past few days, I had feared that my blog would fail to materialise this week - that in itself was stressing me out, as I am rather attached to it after twenty-one weeks!  And I feel a certain loyalty to those of you who have told me you enjoy seeing it pop up on facebook or your inbox each week.  But, crisis averted, I'm glad to be able to bring some French flavour and British sunshine to your life, or at least your newsfeed. 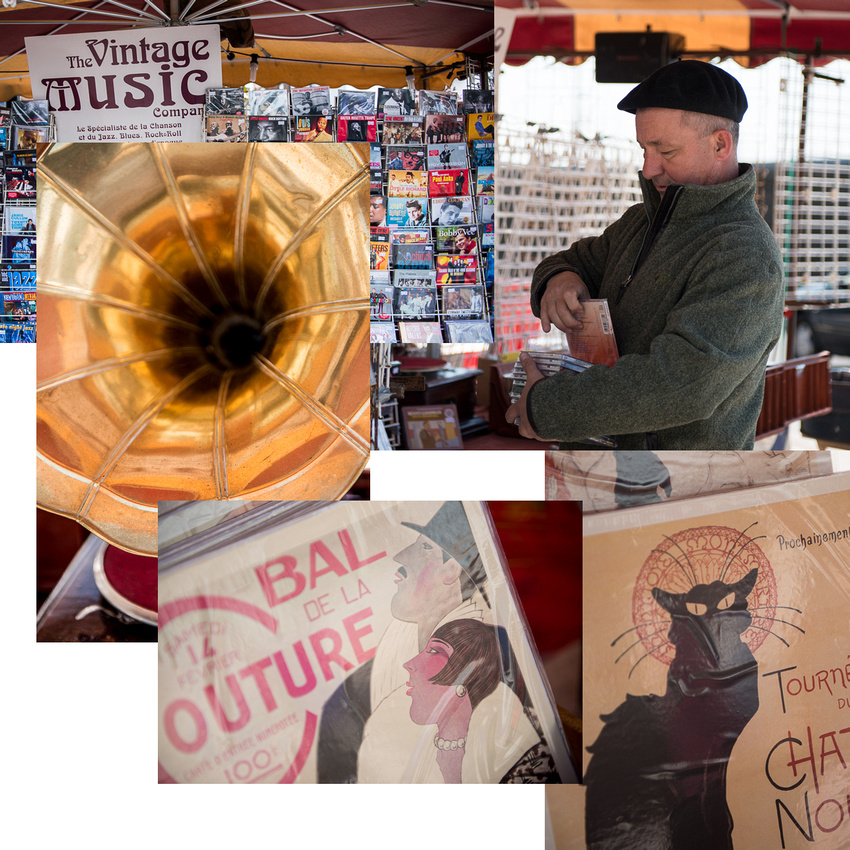 And now it's time to stop telling the kids to 'be quiet, I'm trying to concentrate', and to gather up wellies and macs, and maybe a little picnic, and head out for some family time with the grandparents in not-so-sunny Wiltshire. 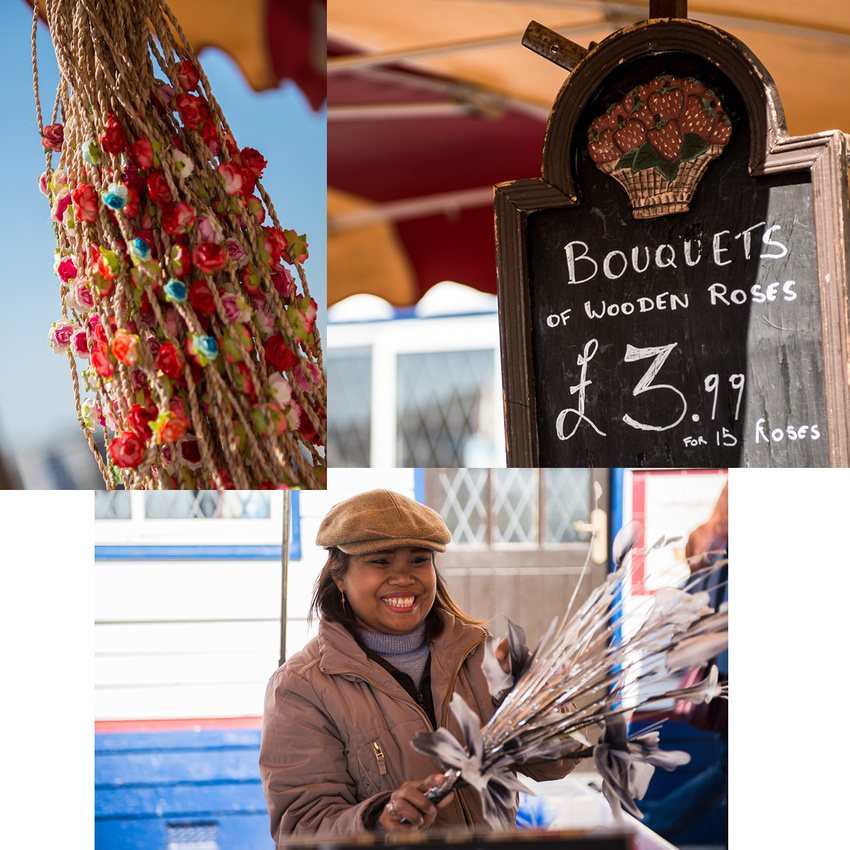 Au revoir, thanks for reading, and I'll see you next week!